I love to dance. I especially love partner dancing. One evening, my partner and I were in the kitchen after dinner when some evocative dance music came up on the CD that was playing in the nearby darkened living room. I invited him, a fairly good dancer who has to be in just the right mood for it, to dance with me. 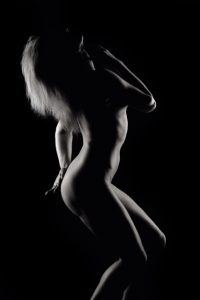 His response, which surprised us both, was, “OK, if we can do it naked.” “What a novel idea,” I thought. I spontaneously disrobed then and there, dropping my clothes to the floor where I stood. So did he.

We turned down the one remaining light and proceeded to the living room where we embraced in conventional partner-style dance form and began.

Now, I’ve danced for him by firelight in the past, but this was different. Mostly upright and with only touch to guide us in the darkness, we found our bodies moving erotically in ways we’d never known before, caressing each other with various limbs and body parts as the music changed and the dance unfolded.

Swirling high, crouching low, stretching like cats, undulating over and under, kissing, caressing. For over half an hour we rhythmically explored delightfully sensuous nuances of eroticism together. Being quite an adventurous twosome, we were amazed this simple idea hadn’t occurred to us until now. Not surprisingly, what followed was pretty spectacular!

If you have children, trade overnights with friends so you can plan some time alone at home together. Or try this in the bedroom if it’s large enough.

Another variation might be to begin by disrobing each other while you dance.

The critical aspect of this tip is combining darkness* (which emphasizes touch and minimizes any self-consciousness) with mostly upright forms of movement unfamiliar in typical lovemaking. Let your imagination run wild!

It can be extraordinarily liberating and exhilarating to dance naked alone in the dark, or by candle or firelight. Put on some music that brings out various moods… graceful, wild, soft, powerful, sexy.

* You’ll need just enough light to keep from falling over the furniture. Oftentimes, the digital light on the stereo is plenty.

“The truly sensuous takes time and a feeling for the deliberate, undulating rhythms of the body and of nature.” 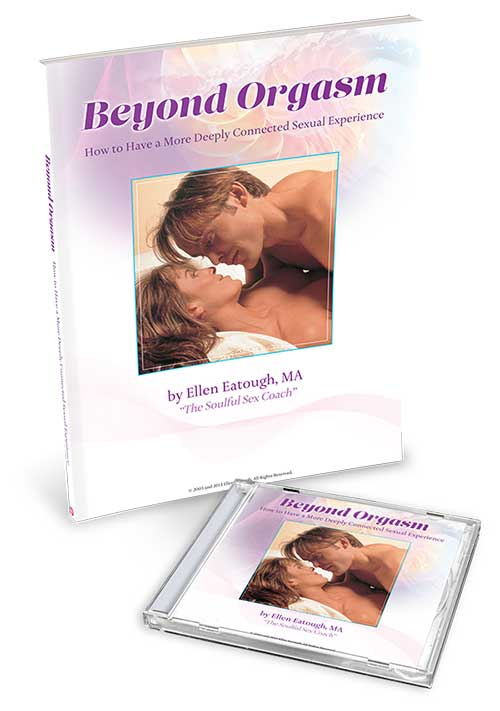 Get your free 1-hour Audio and eBook loaded with 21 sex-enhancing tips and techniques you can use tonight!

We value your privacy and do not share, rent or sell your information to outside parties - ever! Unsubscribe anytime.